Does addiction affect women and men in the same way? What keeps women from seeking treatment at the same rate as men? When it comes to recovery, are men and women on a level playing field? 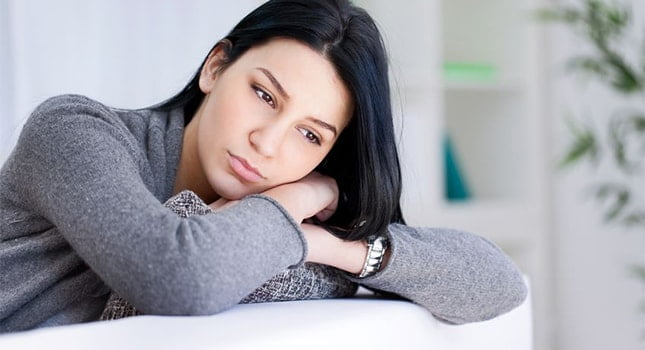 What springs to your mind when you think about female addicts? Do you picture a woman in a business suit, a soccer mom, or one of the junkies from the movie Trainspotting? There is a lot of stigma around the word ‘addict’ and this applies even more for women. Worldwide there tends to be more men coming forward for addiction treatment, and a US survey found that men are more likely than women to have substance abuse problems. However, the jury is still out as to whether women are equally susceptible to drug dependence and abuse.

Between May 2015 and May 2016 at The Cabin Singapore, men made up 75% of clientele; while the the 25% of women that we treated mostly suffered from eating disorders or alcohol problems. At The Cabin Chiang Mai, our inpatient rehab, the ratio of male to female clients is around 70/30 – and the top three addictions women are treated for constitute of alcohol, meth and cocaine. What are the lower numbers of women seeking treatment reflective of?  Are women better able to solve their own problems with the help of community, or is there a stigma attached to female addicts?

A study in a Harvard Mental Health Letter found that while men tend to have more issues with substances, women have a different set of problems when it came to addiction. It was found that women progress faster from drug use to drug dependence, are more susceptible to relapse and develop medical or social consequences faster than their male counterparts.

Because women’s biological make up is different – for example because they tend to weigh less than men but have a higher body fat percentage – liver damage and brain atrophy tends to develop faster. Women also have less enzymes that break down alcohol, and so reabsorb alcohol into their bloodstream faster as well as storing excess in fatty tissue reserves, meaning that alcohol affects them harder and for longer periods than men.

The way women process stress is another factor in why women become addicted to substances. For example, women release different hormones when it comes to stress and this can create greater emotional intensity when dealing with stress compared to men. It might also be a factor in why relapse rates among women are higher than for men. Other studies found a link between addiction and co-occurring mental health disorders. Higher rates of anxiety and stress not only contribute to women’s rates of substance abuse, but also put women at higher risk for developing clinical depression and phobias.

Traumatic experiences for women can also attribute to substance use. One of the first studies about why women become addicted, and much subsequent research, have found that 74% of women who were addicted to substances had suffered from sexual abuse in the past, with others reported physical or emotional abuse. This signals that many women are turning to substances as a coping mechanism or a way to forget unpleasant memories.

What Types of Addictions Affect Women?

As well as biological differences, women tend to suffer form different types of substance or process addictions than men. The most common female issues seen at The Cabin Singapore are eating disorders and alcohol. The former could be because of societal pressure to be thin and look good, while the latter could be due to Singapore’s culture of weekend binge drinking with friends, and using alcohol as a way to unwind after working hard. Eating disorders definitely tend to fall into a predominantly female addiction category, since women are subjected to body image issues far more than men.

When it comes to stimulants such as cocaine and methamphetamine there are also gender differences. Early research suggests that women are more likely to relapse after quitting, and are especially susceptible to hormone fluctuations throughout their menstrual cycle creating cravings. Women also tend to have stronger cravings then men when exposed to triggers or reminders or images of their drug of choice (the same occurs when it comes to cigarettes). Marijuana on the other hand tends to be more attractive for men – men are almost three times more likely to become addicted to marijuana than women. However, once women start, they will progress to dependence and abuse faster than men.

Even when it comes to internet and smartphone addiction South Korean researchers found women more likely to become digitally addicted than men because “Women’s desires for networking and communication are far stronger than men’s, which drive them to become more dependent on social network services.”

No matter how alone you feel, there is always help if you look for it. A good way to start is by asking for help from friends or family.  Admitting that you might have a problem is the first step to solving your problems and being aware of issues that women usually face when it comes to addiction can help. Common themes of addiction are shame, stigma, past abuse, fear of losing family members, childcare issues and loss of image.  These issues need to be accepted and overcome when women seek treatment.

The Cabin Singapore understands the sensitivity of the matter and can custom make completely private treatment programmes based around their clients daily obligations on the family or work front.

While it is important to understand that biological and environmental factors are at play and should be taken into consideration when it comes to women suffering from addiction, it is important to get professional help in order to effectively overcome it.

Drug Laws in Singapore versus Southeast Asia: Who’s Got It Right?