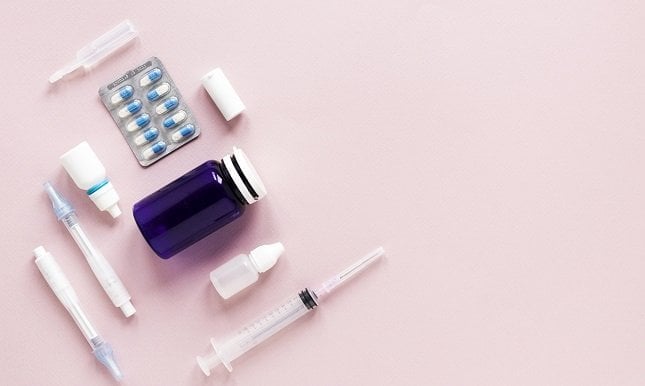 Despite strict drug laws and strong deterrent efforts from the authorities, drug abuse in Singapore continues to be a problem. You might have seen articles online or watched videos on YouTube pertaining to Central Narcotics Bureau’s (CNB) most recent drug raids. The organisation had conducted a five-day island wide drug raid, raiding suspected drug traffickers’ flats and netted drugs that had a street value of hundreds of thousands of dollars.

About the Central Narcotics Bureau

The Central Narcotics Bureau was established in 1971. It is Singapore’s main drug enforcement agency and is a separate entity from the Singapore Police Force. CNB has the responsibility of coordinating drug eradication activities in the country. A Committee to Improve the Drug Situation in Singapore was set up in 1994 to look into the local drug situation. The committee develop an integrated approach to deal with the drug problems here.

A Persisting Problem: Drug Abuse and Trafficking in Singapore

In 2016, the number of drug abusers that were arrested by the CNB were 3,265. A year later, that number dropped to less than 3,100. It is important to note that approximately 40 percent of them were made up of new abusers. Out of the 1,249 new abusers arrested, nearly 70 percent had not exceeded the age of 30.

Drug possession in Singapore is a serious crime. It can lead to long-term imprisonment or even facing the death penalty.

Under the Misuse of Drugs Act, an individual can be fined up to $20,000 and/or a maximum of 10 years in prison if he or she possesses small amounts of illegal drugs.

According to Section 17 of the Act, an individual is presumed to be trafficking drugs if he or she is caught with the following drug amounts:

Next, there is the Schedule 2 of the Act. It prescribes the death penalty if the individual is convicted of possessing any of the following amounts:

In 2013, this particular law was slightly adjusted. Instead of handing down death sentences, judges were permitted to impose life sentences on drug smugglers instead.

However, accused individuals must be able to prove that they were only drug couriers, they have helped the CNB in a substantive way, or they were suffering from some forms of mental disabilities.

What Are the Most Commonly Abused Drugs in Singapore?

The most commonly abused drugs in Singapore are cannabis, heroin, and methamphetamine. Approximately 98 percent of arrested drug abusers have used at least one of the three drugs. In 2017, 204 cannabis abusers, 847 heroin abusers, and 1,989 meth abusers were arrested. CNB found that new abusers displayed a preference toward cannabis and methamphetamine.

Cannabis comes from the hemp plant and goes by various names, including weed, hashish, ganja, joints, grass, pot, and marijuana. Also known as ice, methamphetamine is an odourless and colourless crystal that can cause psychosis, depression, and more. Heroin is a very addictive and powerful drug that is white or yellowish in colour.

The death penalty in Singapore has long been an important part of the country’s comprehensive anti-drug regime. One of the reasons why Singapore imposes harsh laws on drug abuse is due to the drug’s potentially deadly effects. For example, about 50 percent of heroin addiction cases often end in death (overdose), especially if it is left untreated.

Other reasons include the potential spread of hepatitis, HIV/AIDS, and other blood-borne diseases that are caused by sharing unsanitary needles. These are risks that the country cannot afford not to eliminate.

What Were the Most Notable Drug Arrests in Singapore?

How is Singapore Tackling the Local Drug Situation?

The CNB worked together with the Singapore Police Force and the Immigration Checkpoints Authority to conduct multiple island wide operations that targeted drug abusers and traffickers. In total, the partnership of these organizations completed more than 1,100 operations at sea, air, and land checkpoints, intercepting drugs entering Singapore. In 2017, major operations by CNB managed to cripple over 20 drug syndicates.

Efforts pertaining to these crackdowns came after a 2015/2016 Youth and Public Perception survey that was conducted by the National Council Against Drug Abuse (NCADA). Although most respondents supported the country’s zero-tolerance approach towards drugs, an increasing number of young individuals displayed liberal attitudes towards them.

As the survey showed that nearly 60 percent of these youths were exposed to drug-related content via social media, CNB decided to expand its youth community and social media outreach efforts via popular social media platforms such as Facebook to encourage a drug-free lifestyle.

According to a CNB spokesman, the bureau believes that newer and younger drug abusers may form the next generation of drug addicts. That’s why one of CNB’s key drug control strategies is rolling out preventive drug education programmes, including the Drug Buster Academy (DBA). It is CNB’s newest mobile Preventive Drug Education (PDE) outreach platform.

The Use of Mandatory Drug Tests

If you are in Singapore, the authorities can drag you into custody without a warrant. Additionally, you might be subject to drug tests. If you are a first-time offender (i.e. drug consumption), you will be imprisoned for one year. The second arrest entails a three-year sentence. If you are caught the third time for drug consumption, your punishment will be five years’ imprisonment with three strokes of the cane. Do note that consumption refers to one’s urine being tested positive.

In Singapore, Central Narcotics Bureau officers are regularly stationed at Changi Airport. They are trained to search any tell-tale signs of drug use. If you have taken drugs overseas, crossed the border into Singapore, and tested positive, you will still be charged.

You must know that if you are in Singapore, you are subject to Singaporean laws. This applies to you even if you are an American citizen. If you are an overseas traveller, who has been arrested in the country, you must contact the relevant embassy immediately upon your arrest. You request for the arresting authorities to notify your embassy for you.

An Embassy officer will then reach out to you and brief you about the country’s legal system. He or she will provide you with a list of attorneys. Singapore currently does not have a system that provides free legal assistance. But it does for capital cases.

You should keep in mind that Embassy officials cannot secure your release. Those actions would contravene Singaporean laws. If you have been arrested, your assigned officer will notify your family members as well. The officers can also facilitate the transfer of clothing, money, and food from family members and loved ones back home.

Drug Abuse: What You Should Not Do in Singapore

This is a note for overseas travellers. If you want to avoid arrest on drug-related charges in Singapore, you should never carry any item onto a plane if you don’t know what its contents are. Never carry anything suspicious that belongs to a stranger, an acquaintance, or even a friend.

Under Singaporean law, authorities presume possession if any luggage is checked in under your name and contains illegal drugs inside.

The Future of Singapore’s Fight Against Drugs

Drugs are being peddled online these days and parcels can come in from any part of the world. Adding to the fire are anonymous transactions and the rise of psychoactive substances. People are taking and mixing drugs with contaminants to lower the cost.

According to Minister K Shanmugam, the country will continue to maintain a tough stance and step up efforts in its fight against drug addiction and abuse. Relevant authorities will constantly review its strategies to tackle new challenges, e.g. differentiating between those who abuse drugs versus those who supply and cause harm.

There is also an ongoing need to ensure that the cultural perception and overall national attitude towards drugs remains strongly anti-drugs.

Are you looking for a reputable drug rehab centre in Singapore? The Cabin Singapore can help. Our specialist outpatient treatment centre in Singapore offers proven and effective treatment. Our team is comprised of Western-trained and accredited addiction therapists. If you are our client, you can enjoy complete peace of mind that we maintain the strictest standards of confidentiality.

Since our inception, we have treated both local Singaporeans and expats alike for a great array of substance addictions including heroin, prescription drugs, alcohol, and more. We also specialize in other process addictions such as compulsive Internet usage, sex, and gambling.

Did you know that most of our staff members are in recovery themselves? That’s why our counsellors understand first-hand the nature of various drug addictions and how it can be treated.