Despite having one of the most notoriously strict illegal drug policies in the developed world, drug use in Singapore continues to rise. The country has recently urged ASEAN to maintain a hard-line stance against narcotics, but can the region’s war on drugs really tackle the problem? 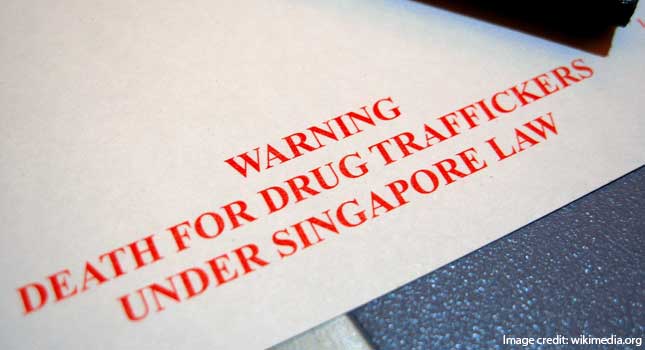 Singapore has some of the strictest drug laws in the developed world, with the death penalty being mandatory for drug traffickers with large quantities of narcotics. However, despite the deterrent of the noose and the ASEAN region’s ‘war on drugs’, more and more people are starting to abuse narcotics in the Garden City – what options do drug addiction sufferers have for drug addiction treatment in Singapore?

In fact, illegal and synthetic drug consumption is on the rise in most regions in the world, and the United Nations has admitted its failings with regards to the global war on drugs. While some officials think the solution to the drug problem is to impose stricter laws for users, producers and traffickers, other experts suggest relaxing laws in a bid to control the problem. However, Singapore has just urged ASEAN to maintain its zero-tolerance attitude towards drugs.

The new ASEAN Work Plan on Securing Communities Against Illicit Drugs 2016-2025 sets out to address the failings of the ASEAN Work Plan on Combating Illicit Drug Production, Trafficking and Use 2009-2015 by taking a holistic approach to tackling the drug problem through education, law enforcement and reductions in illegal crop cultivation, but are strict laws an effective way to eliminate illegal drugs?

Though Singapore’s drug problem has grown in recent years, it still has some of the lowest drug abuse rates in the world, which many accredit to its strict laws acting as a deterrent. However, the number of drug abusers increased by 6 per cent from 2014 to 2015, with methamphetamines and heroin being the two most commonly abused substances.

Singapore’s death sentence only really applies to drug traffickers, and a large proportion of the approximately 400 people who have faced the penalty since 1991 were foreign nationals. Capital punishment is mandatory for anybody caught with more than 500 grams of cannabis, 30 grams of cocaine, 15 grams of heroin or 250 grams of methamphetamine. However, there have been cases where suspects were sentenced despite there allegedly being a lack of evidence.

Roslan Bin Bakar was sentenced to death on the 22nd April 2010 based on testimony rather than hard evidence. Bakar, whose appeal has been dismissed, was not caught with any narcotics on his person and was detained based on stories given by three other people who Bakar claims framed him. While his claims have not been proven true, the case goes to show that the death sentence should not be taken lightly and potentially has room for error. However, it seems unlikely that Singapore will change its stance on illegal drugs anytime soon, especially following its appeal to ASEAN to maintain a zero-tolerance approach.

Human rights activists argue that Singapore’s justice system targets the wrong people, as those who are persuaded into trafficking by gangs are often impoverished and lack a decent education, which is why ASEAN’s new vision to fight drugs largely concerns the spreading of information.

Perhaps the reason why heroin and methamphetamines are the most prevalent drugs in Singapore is concerned with their prevalence in neighbouring countries. The ‘Golden Triangle’, which includes areas of Thailand, Myanmar and Laos, is the second largest opium poppy cultivating regions in the world and has recently shifted production to yaba, or methamphetamine.  Traffickers are now setting their sights on Singapore thanks to its affluent economy.

In addition, large quantities of synthetic drugs are manufactured in China, much of which makes their way south to ASEAN nations. It is believed that most of the trafficked drugs enter Singapore through Malaysia, the only country that shares a land border. Though Malaysia has similarly strict penalties for drug-related crimes, it rates in the top 10 countries for opiate consumption.

South American drug cartels are increasingly targeting ASEAN nations with growing economies as the European and North American markets become saturated, meaning drug abuse and addiction could rise in the coming years. Singapore’s hard-line stance on drugs may well be a way to tackle the problem, but it is likely that other options need to be considered.

Different countries are utilising very different methods to tackle the drug problem on their home turf, often with deadly consequences. For example, the Philippines’ War on Drugs has seen over 4,000 people killed since June 30th, but most of the fatalities have been caused by civilians rather than officials, and there are not enough treatment centres to provide effective rehabilitation for the huge number of drug users who are turning themselves in.

Taking a very different approach, Australia is in talks about partially decriminalising drugs in an attempt to regulate the trade, focus more resources on treatment and potentially earn tax revenue. We are seeing an increasing number of countries worldwide decriminalise the consumption of marijuana, a move that is welcomed by a large proportion of citizens. Portugal is one example of a success story that largely decriminalised drugs in 2001, with drug-related fatalities and the spread of diseases taking a rapid decline.

The Future of Illegal Drug Policy in Singapore and ASEAN

It seems that there are strong arguments for Singapore’s harsh drug-related laws due to the fact that it has some of the lowest drug consumption rates in the world. However, ASEAN has admitted its own failings with regard to its war on drugs, and consumption and addiction are increasing in the region, including Singapore. One positive aspect of its new approach to the drug problem is the increased provision of effective treatments for those suffering from addiction. Fortunately, there is already help available.

If you or someone you know is struggling with addiction, we are here to help. At The Cabin Singapore, we provide confidential, holistic treatments in a convenient outpatient setting designed to fit your schedule. Our expert counsellors have worked with sufferers from all backgrounds and can tailor a programme to suit your individual needs. Contact us today to find out how our professionals can help you turn your life around.