Rates of addiction are rising worldwide. Why? Is it because drugs have become more readily available, and their use more fashionable? Or are there deeper reasons and other factors that are leading more people to drug use and addiction? 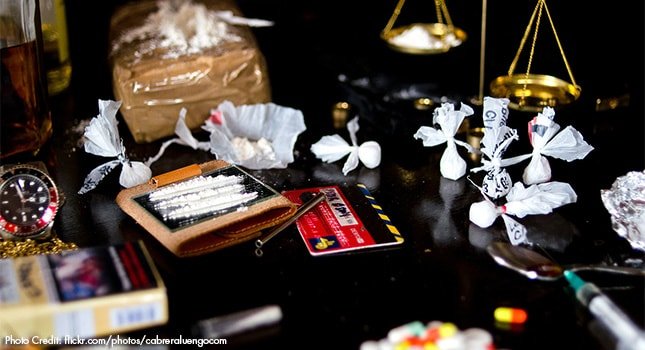 The United Nations Office on Drugs and Crime (UNODC) in 2012 predicted that the global number of illicit drug users will grow 25% by 2050; prescription drug use is also rising. While most of this increase is expected to transpire in urban populations of developing countries, developed countries will continue to have their issues. Singapore is no exception.

While Singapore does have a comprehensive national strategy on drugs, including strict laws and public education to the treatment and rehabilitation of drug offenders, what is alarming, perhaps disturbing, is the fact that the number of youths in Singapore who are abusing drugs is on the rise. About two-thirds of new drug abusers in Singapore who are arrested nowadays are reportedly under 30 years old. What does this statistic suggest about Singapore’s future?

Globally, what are some of the potential reasons for this rising drug addiction trend? Is it simply because drugs for various reasons have become more fashionable and readily available, or are there other reasons that are leading more people to drug use and the perils of addiction?

The following are factors for consideration regarding this increase in addiction rates.

Rising Addiction Rates and The Internet

With people’s internet enhanced ability to access and share information, the ability to find information on drugs, or where to buy them, has never been easier. The ‘dark web,’ for example, also known as the ‘dark internet,’ is a separate part of the common internet that is invisible to regular search engines and requires special software to access.

The dark web is the perfect place to find and buy drugs. It is being used to do so and in ways similar to how people purchase products on Amazon. Since the dark web does not allow for the logging of IP addresses, it is impossible for police investigators to determine where the drug buyer or seller is at any given time. This makes buying and selling illicit drugs easier and completely anonymous. Due to dealers’ ability to operate globally and under the radar in many respects, this could be one reason for the increase in drug addictions, especially drugs such as heroin and methamphetamine.

Media Depiction Affects Perceptions of Drugs and Their Use

The number of films, TV series and songs that feature and even glamorise drug use has been steadily increasing over the years. This incessant exposure is perhaps the reason more people are prompted to try drugs or continue to use them. This is to the point that most youth consider drugs, along with alcohol and sex, a casual part of everyday life.

One study in 2005 analysed the top 200 films at the time and found that drug use tended to be depicted positively in the films reviewed. For example, after the film, ‘The Wolf of Wall Street,’ was released, internet searches for ‘Quaaludes,’ a relaxant drug that was mentioned in the movie, sky-rocketed.

Celebrities are often accused of glamorising drug use. Moreover, they often suffer little or no consequences if they are discovered using drugs. For example, Model Kate Moss, despite being caught sniffing cocaine, remains a popular model and the face of luxury brands. While Amy Winehouse’s song entitled, “Rehab,” was a worldwide success. Winehouse later died at age 27 of a drug overdose.

Both of these British celebrities were singled out by the UN’s Drug Chief Antonio Maria Costa, who said they were “glamorising drug use” and hence increasing people’s desire to try drugs.

At the time of the U.N. report about drug use growing 25% by 2050, it was estimated that there are about 27 million drug users worldwide. Interestingly, the UNODC pointed to the rising urban populations in developing countries as a significant contributor to this number. For Singapore, this means some of its neighbours like Indonesia, Malaysia, or Myanmar will see an increase in drug use. The World Health Organisation reported that there has been major increases in opiate injecting in South-East Asia. While drug problems have been largely stabilised in developed countries, these areas of the world will likely face great instability in the future.

As the demand for drugs increases, their production will inevitably follow. In the next 10 years, the availability of drugs may greatly increase, coupled with a decrease in price, as manufacturers attempt to capture more of the market. And as the use of heroin and cocaine in developed countries (such as the United States) continues to decrease, more potent and addictive synthetic drugs like ecstasy and meth are likely to become more common, especially since they can be manufactured anywhere and their production operations are mobile.

The UNODC also predicts the largest growth will be in the number of women using and being treated for addictions, as gender equality improves, the pay gap between men and women reduces, and cultural barriers loosen.

While we often think of addicts as men, be it drugs, alcohol or sex, there is an increasing number of women who are also addicted to substances. With increased pressure to perform at work, maintain a household, look good, and take care of the family, women for years have, for relief, been turning to pills, alcohol and stimulants.

It is also considered that substances affect women differently than men. For example, women may have stronger cravings due to their menstrual cycle and hormones and so are more likely to relapse or get addicted in the first place. They may also feel the effects of drugs more strongly.

Stress and trauma have long been known to be risk factors for developing drug or alcohol dependency, as they are often used as a way to numb or dull feelings or manage the emotions associated with stress and trauma. This is especially true for adolescents and younger drug users who do not know how to well manage their emotions.

Singaporeans are no exception when it comes to work stress and long hours, often resulting in citizens reaching for alcohol or drugs to combat or ‘escape’ their stress. Singapore has strict laws aiming to reduce drug use; yet, despite the high tax on alcohol, for example, many people still use drugs and alcohol as an escape and become addicted. Informing citizens where to go for help, about the warning signs and negative health effects of drug and alcohol use, and also how they can positively manage their stress or emotions is the best way for a country like Singapore to counter the rising addiction trend.

If you or someone you know is experiencing addiction related issues, The Cabin Singapore is a specialist outpatient drug rehabilitation centre offering an extensive list of treatment programmes for substance addictions such as alcohol and drugs, as well as process addictions like gambling, sex and compulsive use of the internet. Trauma and co-occurring disorders such as anxiety and depression are also treated along with an emphasis on relapse prevention.

Contact The Cabin Singapore for more information on addiction and how to overcome it.

What Puts Expats at Higher Risk for Addiction?