As the rate of new drug abusers under 30 rises, authorities in Singapore ponder whether incarceration or drug education is the answer. 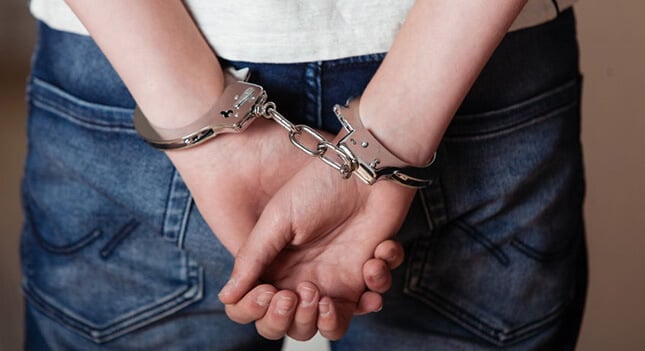 New reports indicate that drug arrests and drug abuse are increasing in Singapore, especially among young people. The Central Narcotics Bureau (CNB) reported that the first half of 2015 saw an increase in the number of new drug abusers and arrests on drug charges compared to the same period in 2014.

From January to June 2015, there were 1,684 people arrested on drug abuse charges, an increase of 8% from the previous year. Of those arrested, approximately 37% were new drug abusers. People under the age of 30 made up 71% of new drug abusers, a slight increase from the percentage of new users in this age group the year before. Of people arrested, the largest proportion also came from the 20-29 age group. Among teens, there was a significant increase in the number of drug abusers caught, up 48% from 91 teens arrested in 2014 to 135 in 2015.

In response to the recently released Singapore drug abuse statistics the CNB states it is closely monitoring the drug abuse situation and will continue to work with their partners to stop the flow of illicit drugs into Singapore. In the latter half of 2015, in order to tackle the growing problem of drug abuse amongst youth, the agency will also step up preventative drug education.

According to the executive director of Singapore Anti-Narcotics Association (SANA), Abdul Karim, more needs to be done to curb drug use and there needs to be a focus on how preventative drug education can be improved.

Karim cites lack of parental supervision, peer pressure, and the perception that drugs are okay and not harmful as reasons Singapore’s youth are increasingly abusing drugs. Of these, he is most worried about youth’s misperception of illicit substances and states that this misperception is something that needs to be effectively addressed.

Thomas Lee, a psychiatrist with Resilienz Clinic who has treated drug abusers, also says that he finds young people may be unaware of the dangers of taking drugs and believes that drug abuse education should occur young and is as important as sex education. He also states that young drug abusers are less likely to seek help, which increases their chances of winding up with an addiction and getting arrested.

Another expert Dr Carol Balhetchet, senior director for youth services at the Singapore Children’s Society, advocates for a stricter approach when it comes to drug abuse amongst youth. She believes there needs to be a strong message sent to young people that drug experimentation is not okay, as well as serious penalties to make sure youth do not repeatedly abuse drugs if they have experimented.

Dr Balhetchet cites stress as a factor when it comes to young people using drugs and states that they need help and services if they are struggling so that using drugs to cope does not become an attractive option.

The demographics of drug abusers are also changing in Singapore with more young well-educated people trying drugs. This makes it harder to target prevention efforts as drug abuse is not only a problem of youth from high-risk backgrounds, but is an issue that needs to be addressed amongst all youth.

Well-educated or high achieving young people are not immune to addiction, and in fact in Singapore top managers and other high-functioning professionals suffer most often from alcoholism and other mental disorders. This is another indicator that preventative measures need to be targeted at all young people — not just those who are typically viewed as ‘at risk’.

According to some, part of the preventative education in Singapore needs to teach children how to discern the information they are receiving via the internet. The decriminalisation and legalisation of marijuana in the United States has sparked a wave of pro-marijuana information that Singaporean youth are exposed to. This means that parents and educators need to be proactive about giving children facts about the harms of marijuana use.

Singapore is well known for its harsh drug laws, including sentencing drug traffickers to the death penalty. The drug policy is criticised by many, but officials cite Singapore’s notably low percentage of drug users compared to other developed nations as proof that their drug policy works.

For some young people who may be prone to addiction and do end up experimenting with drugs and later become addicted, harsh drug laws are a huge barrier to receiving addiction treatment. Prevention and getting help early are the best ways to ensure Singapore’s youth do not fall into the trap of addiction and legal troubles.

Through individual counselling with an addiction therapist at convenient after school hours, clients will learn how to avoid temptation and peer pressure and triggers that can lead them back to drug or alcohol abuse, as well as the dangers of long-term use.

Is Addiction in Your Genes?