As more Singaporeans seek help for alcohol addictions and alcohol related illnesses, is it time for Singapore to (further) change the laws surrounding alcohol consumption? Here we address this and also discuss the social acceptance of alcohol abuse and how this can lead to addiction related issues. 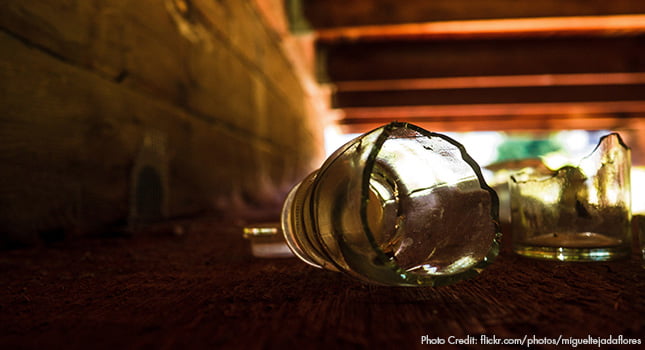 Singapore’s alcohol laws are some of the world’s most restrictive, yet alcoholism and alcohol related accidents and crime are still a national problem. Moreover, despite liquor restrictions, alcohol still remains a problem in Singapore, with many people ending up in a rehab clinic for their alcohol related addictions. So, should Singapore tighten up its alcohol laws even more?

On April 1, 2015, a new Liquor Control (Supply and Consumption) Act came into effect. This law has created a partial ban on drinking in public places and limitations on the times alcohol can be bought. Shops cannot sell alcohol after 10:30pm, nor can citizens drink in public places after 10:30pm. Singapore’s new laws are aiming to reduce public disorder, vandalism and petty crimes associated with intoxication.

Studies are increasingly revealing that legal drugs such as alcohol and tobacco are overall more destructive than illegal drugs. Dr. Winslow from the National University of Singapore’s School of Medicine says that “Alcohol and tobacco has a much more severe effect on people’s health because of the sheer number (of people) who engage in these addictions.”

A study conducted by a former British government drug advisor and other experts revealed that alcohol can actually have more detrimental health effects than crack or even heroin. Yet the consumption of alcohol (and arguably its abuse) is socially acceptable by the general public.

Perhaps more public awareness about the health effects of alcohol and tobacco should be implemented, so that citizens are able to make their own choices, rather than people being restricted by governmental rules. Government intervention actually can have immediate effects in reducing alcohol consumption. Scotland for example introduced a framework for action in an attempt to reduce alcohol related deaths and injuries. These rules became very successful in reducing overall consumption of alcohol and crimes associated with intoxication. While it may be too early to see the impacts of Singapore’s new Liquor Control Act, it has potential to render positive societal effects.

Alcohol as a ‘Gateway Drug’ and Dual Diagnosis

Another issue commonly raised in studies over the relaxed consumption of alcohol is that it acts as the first step towards more serious drug use. In Vanessa Lee’s study: ‘Alcohol, the Gateway Drug,’ she raises the point that while alcohol is not generally regarded as a major social problem in Singapore many older people get hooked on alcohol and develop a dependence on drinking as a way to relax.

Since alcohol is a socially accepted drug (that is legal), it is often the first thing people turn to when looking to escape their problems. Some alcoholics are likewise being classified as ‘high functioning addicts’ who are working and going about their other commitments normally whilst, for example, finishing up to two bottles of whiskey per day. Fortunately, there is an increasing number of alcoholics seeking treatment for addiction.

As people start to rely on alcohol as an escape mechanism, it becomes increasingly easy to include other drug use into the routine. Perhaps this is because of the person’s need to increase the intensity of the substance he or she is using, or because of alcohol’s ability to alter and intensify other drugs, or even to cushion the withdrawal symptoms associated with them. In Lee’s study, she states that “dual addiction to alcohol and other drugs is fairly common.”

While few countries outside the Middle East have banned alcohol altogether, different countries have taken different stances on the laws surrounding alcohol, depending mostly on what problems are being created.

In Sydney, a city troubled with alcohol induced violence, the local government imposed strict curfews for bar opening times and alcohol sales. This has resulted in significant reductions in violence, although owners of bars and clubs are said to have suffered monetary losses from the law. Scandinavian countries have long-been plagued with many alcoholics due to the long and brutal winters, and each country has its own form of government monopolised alcohol shops that serve as the only place to purchase alcoholic beverages. These government shops also have short opening hours and are closed on Sundays. Norway also has the highest tax on alcohol followed by Singapore. Even Singapore’s neighbour, Malaysia, is considering raising the legal drinking age from 18 to 21 in a bid to curb access by underage and other high-risk groups. The government has also placed warnings on bottles about the associated health effects of consuming alcohol.

As excessive alcohol consumption seems to be a worldwide problem, without completely banning alcohol (like in the Middle East) it seems that countries would experience the most effective changes if they adjusted laws according to their individual problems.

For example, included in Singapore’s recent Liquor Control Act there are stricter alcohol control zones for Geylang and Little India, due to the previous riots and general amount of alcohol-related crimes and complaints reported there.

A better solution for Singapore would be to create greater awareness of alcohol-related health effects, especially targeting the younger binge drinking generation, as well as highlighting the connection between alcohol and illegal drugs. As for controlling the rate of alcohol addicts, restricting availability (like in Norway) seems to have little effect.

Creating awareness of the reasons behind why people turn to alcohol and making it less socially accepting as a stress reliever seems to be the best method. Another way would be to promote seeking help and to reduce the stigma attached to undergoing drug or alcohol rehabilitation. One good example in Singapore is Chef Benny Se Teo, who actively hires ex-addicts and offenders.

It is important that people are aware of what constitutes responsible drinking, what is addiction, and how to seek help if someone feels he or she has a problem. The Cabin Singapore offers discreet outpatient help for a range of addictions including alcohol and can treat both adults and teens. If you feel like you or someone you know has a problem then make contact today for advice or to book an appointment.

Tips for Staying Sober while Traveling for Work