Is Addiction in Your Genes?

Paul Gascoigne, who has been struggling tragically with addiction for many years, recently lost his 22-year-old nephew to the same illness. Addiction is often hereditary – if addiction runs in your family, what should you be watching out for and how should you address this in your household? 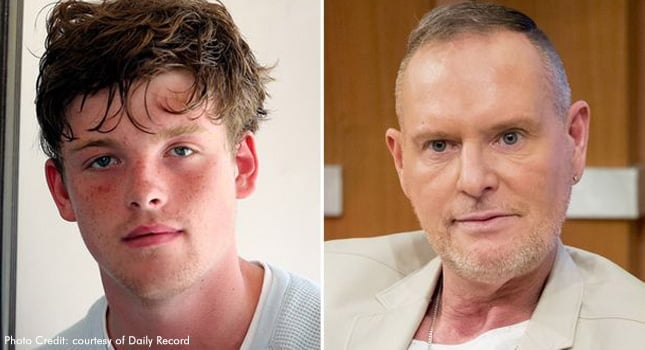 Some people are more prone to addiction than others.  While there is ongoing research to fully assess what role genes have in the likelihood of becoming an addict, the consensus is that genes are a major factor when it comes to addiction. However, your family as a whole also plays a large part, thanks to influences such as environment, upbringing and nurture. So while research says that genes are responsible for about half of the risk for alcoholism, what is the other half and how can you be more aware of your potential risk?

Addiction can be passed down through genes. There are specific genes we inherit that make people more susceptible to drug and alcohol addiction.  Therefore, if there is a history of addiction in your family, there is a higher chance that you or your children will be predisposed to it. Famous British footballer Paul Gascoigne, who has been struggling tragically with addiction for many years, recently lost his 22-year-old nephew to the same illness. Kelly and Jack Osbourne have both spoken publicly about their addiction to opioid painkillers from a young age – the children of Ozzy Osbourne, who has struggled with drug and alcohol addiction for decades, are another example of addiction running in the family.  Likewise, Sex in the City star and recovering alcoholic Kristin Davis confessed she did not expect to live past age 30 thanks to a family full of alcoholism.

Dopamine deficiency is hereditary and affects 60% of addicts. With this deficiency, people are not excited about everyday life, reaching goals, etc. and may turn to drugs, alcohol and processes as a way to feel stimulated. On the other hand, there are also certain genes that protect you from some addictions, such as the Asian flush gene which gives carriers nausea and flush symptoms when they consume alcohol.

Nurture and education are large factors in determining whether children grow up to become addicts or not. Awareness about the downsides to drug and alcohol use, as well as sufficient emotional support growing up, can help children make better choices in their futures. Having addicts in the family can increase the likelihood of children becoming addicts as they see substance abuse as a coping mechanism their parents used and may not be aware of other options.

In Singapore, drinking among families is starting to create a generation that sees alcohol use as a normal behaviour. Dr Balhetchet of Singapore Children’s Society raises serious concerns about a “growing tolerance for social drinking” in front of children. She is worried that children not only see social drinking as acceptable but also have increasing access to alcohol and are starting to drink at younger ages.  She believes that children being exposed to alcohol and cigarettes at an early age then “go on to more serious vices” such as meth or ecstasy. Dr Balhetchet’s theories match the recent data from the Central Narcotics Bureau showing that drug addicts under 30 now make up 70% of new abusers.

Being raised around parents who are addicted to alcohol and drugs can be an incredible strain on children, with the instability affecting them through their adulthood. Often children try to take adult roles to help their parents, or they may experience neglect or abuse. Another famous footballer who suffered from alcoholism is George Best; in 2016 his son Calum Best released a book explaining the effects his father’s addiction had on him. While Calum has already suffered his own alcohol issues, he is aware of the genetic link, as well as his childhood experiences with the physical and emotional absence of his father.

Often even if the child does not end up an addict there are childhood issues that they have to deal with in the future, and the coping method they are most familiar with is substance abuse. In some cases, children living with addicted parents will also need support or help as they tend to carry a heavy burden trying to help their parents.

In some instances, even if there is a history or predisposition toward addiction, it is not purely the genetics that lead the addict to abuse. Friend groups, activities, stress at work, the opportunity to try or buy substances and even the location you live in can affect whether you end up addicted or not.

There are many different reasons why people try drugs in the first place (from seeing drugs in the media, to curiosity or pleasure) and a completely different set of reasons why they become addicted. However, there is scientific evidence that addiction runs in the family, so if somewhere in your family tree there is an alcoholic or drug addict then it is important be aware of this and to take it into consideration.

If you are a parent, talking with your children about drugs, alcohol and addiction can be key to preventing problems in the future. Scare tactics and the threat of discipline are one way to warn them, but the reality is that being open with them about addiction, their risk potential and how they should cope in real life situations is the best way to support your children.

Addiction is a Family Matter

Since addictions often affect the whole family, The Cabin Singapore offers a programme designed to help family members deal with an addicted person going through recovery and address their own issues that surfaced during the active addiction. Through family support, the chance of full recovery is higher and relapse lower.

If you are a parent recovering from an addiction, or if a family member is an addict, it’s very useful to talk to your children about what is going on. Make it age-appropriate, but try to tell them the truth as much as possible and the reasons behind the addiction. Being open and honest may help them deal with their own problems better in the future, or not blame themselves for your issues.

The Cabin also runs an early intervention programme if there has been instances of substance abuse. Through working as a family you can overcome addictions and end up with a stronger family bond. However, for this to work, communication and support needs to be present for all members of the family, not just the addict.

The Cabin Singapore specialises in outpatient addiction treatment for both substance and process addictions, and employs the best in current industry practises for addiction treatment, which includes our own proven model called Recovery Zones. All of our services are strictly confidential and designed to accommodate your daily life and schedule.  If you are struggling with addiction, contact us today to see how we can help.