Getting Away with Drink-Driving in Singapore

Singaporean charged after repeat drink-driving offences, but does not receive the maximum penalties. How does that compare to the rest of the world? 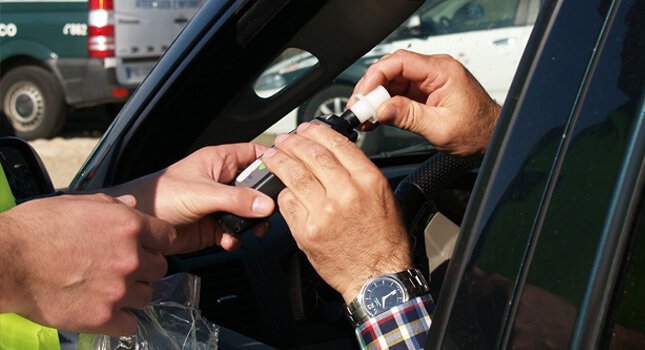 In 2016, after a series of five drink-driving offenses, a Singaporean financial planner was recently arrested and sentenced to seven weeks in jail and fined SG$18,600. The man, 32-year-old Lebon Tan Wei Xiang, also lost his driving privileges for five years following his release.

One of Tan’s most serious offenses occurred in August 2015 when, after a long night of drinking, he managed to crash his car twice before finally getting arrested. First around 6:50am August 9, Tan ran his car into the entry booth and arm barricade of the car park he was exiting, damaging both. Instead of reporting the accident, Tan continued driving to have breakfast at a nearby coffeehouse. A few hours later that same day, he was involved in a second minor accident.

After his second accident of the morning he was finally arrested and a breathalyser test by traffic police found his breath alcohol level to exceed the drink-driving limit by twice the legal level.

This was not Tan’s first encounter with the law for driving while intoxicated. In 2011 he was arrested and fined for two drink-driving related traffic offenses. Then, between August 2014 and August 2015 he was caught exceeding drink-driving limits on three occasions.

While seven weeks in jail and a hefty fine may seem like a significant penalty, given Tan’s serious history of driving under the influence (DUI) — an offense which is known to cause many traffic fatalities each year — the sentence is actually lenient, especially compared to what would be given in other countries for the same string of offenses.

DUI penalties vary by country and even by state and territory in places like the USA and Australia, however due to the potentially deadly nature of the offense many countries have cracked down on drink-driving. Repeat offenders and those who, like Tan, have exceptionally high blood alcohol levels are given even harsher penalties in many areas.

The following looks at how Singapore compares to other nations when it comes to drink-driving penalties:

Penalties for driving under the influence in Australia are determined by each territory, but they all have similar laws. For example in Queensland, the maximum penalties for a first time drink-driving offense are based on how intoxicated the individual is:

The penalties increase for repeatedly exceeding drink-driving limits, and can include fines upwards of $7,000 as well as increased terms of license suspension and imprisonment.

In the UK penalties for drink-driving vary depending on the severity of the case. Penalties could include the following for a first offense:

Like other countries, in the UK these penalties increase in severity for repeatedly breaking drink-driving limits and for high-risk offenders.

In the United States drink-driving limits and laws also vary by state, however most states have similar penalties and there are some federal regulations that all states must abide by. For example, federal law mandates that all states uphold certain penalties for repeat offenders , including installing ignition interlock devices.

In California the laws are as follows:

Hong Kong’s penalties for exceeding drink-driving limits are similar to other countries and include the following:

The following are the maximum penalties for drink-driving offenses in Singapore:

Singapore’s maximum penalties for exceeding drink-driving limits are actually not much different than those of other countries, however judges have complete discretion over sentencing within the guidelines. This is why some people, like Tan described above, can commit multiple crimes and still come away with much less than the maximum in terms of penalties.

The Link between Drink-Driving and Alcoholism

One thing that is missing from the overall picture above, is the fact that many repeat DUI offenders have an alcohol use disorder and may need to undergo an evaluation and treatment for their alcohol abuse in order to change their behaviour. At least in some cases in the United States, evaluation and treatment is court-mandated for people caught drunk driving.

Repeat DUI offenders and those who drive with high blood alcohol levels (exceeding 151 milligrams per 100 millilitres blood), are most likely to suffer from alcohol use disorders, including dependence. These individuals pose a significant public safety threat as they drive under the influence often and while significantly intoxicated. This is why in most countries the punishment and jail time increases for repeat offenders — however perhaps more focus should also be put on why people continue to drink and drive in the first place.

Without treatment for underlying alcohol use disorders, those drink-drivers will likely continue to drink excessively and drive despite legal consequences. Getting arrested for drink-driving can be one of the earliest warning signs of a potential substance abuse disorder. If you or someone you love needs help with a drinking problem, addiction professionals at The Cabin Singapore can provide a confidential evaluation today to help you determine the best course of addiction treatment.