Seven Meth Addiction Signs You May Not Know

With methamphetamine use on the rise in Singapore, it’s more important than ever to know how to recognise the signs of an addiction. Methamphetamine use remains on a steady rise in Singapore, with new users making up 60% of all new drug abusers in the country. The affordability of the drug and its accessibility have made it the second most popular illicit drug among Singaporeans. UNODC regional representative Jeremy Douglas told Reuters, “The surge in [methamphetamine] tablet supply has pushed street prices down across the region, making them affordable by younger users who are being introduced to the drug.”

The Cabin Singapore has noted that initially identifying signs of methamphetamine addiction can be difficult for friends and family of users due to the relative newness of the drug in Singapore. However, early intervention with those using meth is critical in preventing serious long-term effects to a person’s health and wellbeing.

Seven Common Signs of Methamphetamine Use 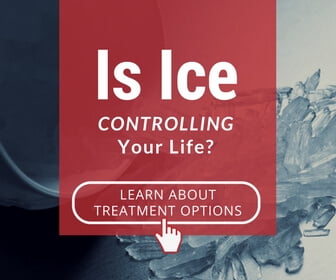 What Happens if Meth Use is Left Untreated?

Meth use, especially over an extended period of time, can have devastating health and psychological effects on the user. The toxins in methamphetamine, combined with the vicious cycle of prolonged sleeplessness and comedowns, damage the heart muscle, which causes additional damage to the circulatory system, leading to greater risk of heart attack and stroke. Chronic meth use also results in lower levels of dopamine being produced in the brain, which contributes to a persistent flat or depressed feeling that can lead to suicidal thoughts.

The effects of methamphetamine use also extend to a user’s social role. People who become addicted to meth often lose important relationships in their life, have trouble maintaining a job, and experience financial hardship. Because methamphetamine is an illicit substance in Singapore, people who buy and use it are subject to legal action under the Misuse of Drugs Act, considered to be one of the toughest drug laws in the world. Penalties ranging from caning, to steep fines and jail time await those who test positive for a controlled substance.

How The Cabin Singapore Can Help

If you recognise the signs of meth addiction in yourself or a loved one, it is essential to prioritise professional treatment. The Cabin Singapore has a world-class treatment centre where experienced staff specialising in meth addiction can help you take the lead in a successful recovery from addiction, and the reclamation of a healthy life.

Our outpatient programme offers an innovative treatment plan that allow you to tackle your dependency while maintaining work and family commitments. With a 96% completion rate, our renowned Recovery Zones method focuses on addressing addiction in a comprehensive manner to guide you to a successful recovery. An experienced team of specialists will work with you to identify triggers and root causes of your addiction, coaching you through every stage of the recovery process.

For those who require a more intensive treatment programme far away from usual triggers, The Cabin Chiang Mai offers a world-class residential rehab facility where you can focus solely on your recovery.

Meth addiction is a serious condition that requires the best treatment possible. Call The Cabin Singapore to learn more about how we can help you begin your journey to recovery today.