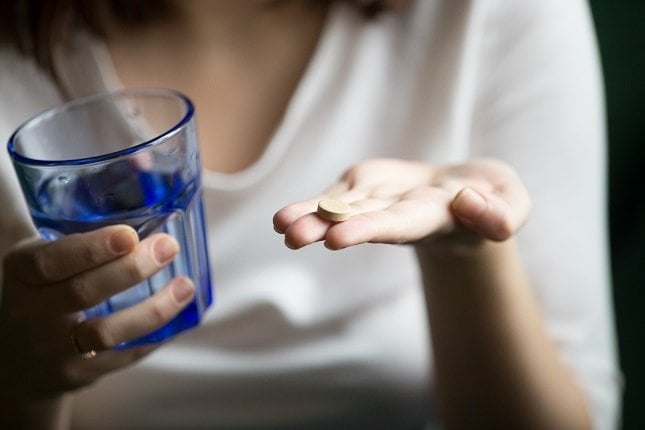 In Singapore, the Central Narcotics Bureau (CNB) remains committed and steadfast in the fight against drugs. When it comes to drug abuse in Singapore, it continues to maintain an intense level of enforcement. In 2017, the CNB managed to cripple the operations of more than 20 drug syndicates.

With the aid of the Immigration & Checkpoints Authority (ICA), the bureau managed to conduct 1,661 operations at sea, land, and air checkpoints, successfully intercepting drug smugglers who were trying to enter Singapore. In addition, the CNB and the Singapore Police Force (SPF) also conducted 19 island-wide joint operations, which targeted drug abusers and traffickers.

Drug syndicates are set up to profit from ensnaring individuals into the vicious drug cycle. According to the UNODC (United Nations Office on Drugs and Crime), the seizure of amphetamine-type stimulants around the globe has doubled from 93 tons to 191 tons (from 2010 to 2015). In fact, over 60 tons of meth were seized in South East Asia and East Asia alone. Compared to other regions, this makes up the largest proportion of total global methamphetamine seizures.

A Quick Look at Singapore’s Drug Situation in 2017

CNB’s 2017 records show that the local drug situation has remained stable. However, there are two major areas of concern:

The problem is that a high number of youths displayed a liberal attitude towards drugs. If these individuals are not adequately educated and counselled, they may become the next generation of drug addicts in Singapore.

To give you a better picture on the country’s current drug situation, we have compiled an array of statistics for you.

There have been some highs and lows over the years. Here is a quick look at the total number of drug abusers who were arrested between 2013 and 2017:

Different types of drugs include heroin, cannabis, buprenorphine, ecstasy, methamphetamine, ketamine, nimetazepam, cocaine, opium, and methadone. In Singapore, the most commonly abused ones are meth, cannabis, and heroin. Here is a quick look at how many abusers there were for each type of drug:

So far, the Central Narcotics Bureau has arrested drug abusers, who were between the ages of 20 (or younger) and 60 (or older). Here is a quick look at the latest figures:

Today, all of the ethnic groups of Singapore are categorised according to the CMIO racial categorisation system (the country’s framework of multiracialism): Chinese, Malays, Indians, and Others. Here is a quick look at the total number of drug abusers from each ethnic group:

In Singapore, statistics show that more men abuse drugs than women. Here is a quick look at the latest figures:

Let’s take a further look at the various types of Singaporeans who are most likely to abuse drugs.

Singaporeans Looking for a Temporary Escape from Work and Stress

As Singaporeans, we are constantly exposed to work stress and long working hours. It often results in stressed individuals reaching out to various substances, e.g. alcohol or drugs, to escape those feelings of stress and frustration.

Trauma and stress have long been known high risk factors for developing drug dependency. Some adults take drugs because they feel that it can dull or numb feelings or help managed emotions that are associated with trauma and stress.

Although Singapore calls for strict implementation of laws that drug use, many people still utilize drugs as an escape. This type of habitual usage eventually leads to an addiction.

It is imperative that every Singaporean knows where to go for help. They also need to know that drugs can cause negative health effects and what warning signs to look out for. To counter the rising addiction trend, Singaporeans must also acquire the skills that allow them to manage their stress or emotions.

Another important point to cover is treating co-occurring disorders, e.g. anxiety and depression. They should be treated now so that a relapse is less likely to occur in the future.

Singaporeans Who are Easily Influenced by the Media

Unfortunately, many songs, TV series, and films glamorise drug use. This incessant exposure has sparked the curiosity of some people, prompting them to try drugs, which they will continue to use.

Take “The Wolf of Wall Street,” for example. In the film, the drug called Quaaludes (a relaxant drug) was depicted positively in the film. After the film was released, Internet searches for Quaaludes sky-rocketed. You can now see how easy it is to pique the interest of Singaporeans, especially the youth of today. Without proper guidance, they may cultivate the mindset that drugs are fun, harmless, etc.

Fiction is not the only thing that glamorises drug use. Real humans, such as celebrities, do too. It seems like these celebrities only suffer a little or no consequences at all when they are discovered using drugs. Model Kate Moss was a popular model. She was caught sniffing cocaine.

However, nothing serious happened to her and she continued to be the face of luxury brands. This has caused some younger Singaporeans to develop the mindset that nothing bad is going to happen to them if they use drugs.

Singaporeans Who Abuse the Dark Web

Today, the Internet has made it easier to access and share information in a few clicks. This also means that an individual can find information on drugs (e.g. where to buy them) with greater ease.

With the proliferation of the Dark Web, more individuals are using it to avoid being tracked by regular search engines. The Dark Web can only be accessed via special software, e.g. Tor Browser.

Just like how you can purchase products on Amazon, individuals can search and purchase drugs on the Dark Web. Can the police and other relevant authorities intervene? Yes, it is possible but very challenging at the same time.

The issue is that the Dark Web does not log your IP address. This makes it hard for authorities to determine where a drug seller or buyer is at any given time. In other words, it allows these individuals to operate under the radar. Experts believe that the rise of the Dark Web is one of the reasons for the increase in drug addictions, such as methamphetamine and heroin.

Singaporeans Who Succumb to Peer Pressure and Bad Influence

In Singapore, there are cases where some youth consume and share drugs in school. There are students, who are as young as 15 years of age, have tried smoking weed. Are they an at-risk youth? Surprisingly, the answer is no for some of them. They are not school dropouts or troubled children. There are also students, who have graduated from Polytechnics and Junior Colleges, and are now waiting to start university.

Drugs were also abused near parks, in the school toilet, and between classes. So far, the authorities have arrested more than 1100 Singaporeans and permanent residents for drug offences. These students were still studying in primary schools, secondary schools, tertiary public educational institutions, and more.

Singaporeans Who were Exposed to Parental Drug Abuse

It is a well-known fact that a parent with a drug problem can have a negative effect on one or more family members. You can picture the situation in this manner: the parent (or any other family member) with the problem is like someone being trapped in a bog. When other family members want to help or can’t do anything, they may get dragged down into that bog too. The child of that parent may start experimenting with drugs, if he or she has access to illegal substance one way or another.

Whether you are that person’s partner, child, sibling, etc. it is imperative that you take some time for yourself and get the support you need. This way, you can start putting things right. Consulting a counsellor, who truly understands what you are going through, can be of great help.

What Can be Done to Help Singaporeans Who are Prone to Drug Abuse?

When it comes to drug rehab in Singapore, no one needs to be a lone ranger in the fight against addiction or a potential one. There are reputable organizations where you or a loved one can seek support and help from.

At The Cabin Singapore, we are a Specialist Addiction Treatment Centre that specializes in drug addiction treatment in Singapore and other substance and process addictions. Our team works tirelessly to help treat the social, psychological, and biological components of our clients’ addiction.

Here is a quick look at how we do it:

Individuals, who are suffering from severe drug abuse, typically require medical supervision during the detoxification process. If the individual has a less severe addiction, medical treatment for him or her will be less prominent or unnecessary. You can enjoy complete peace of mind that we work with experienced and qualified doctors who can facilitate a safe detox process, should our clients need it here in Singapore.

There is a wide range of meditation and relaxation techniques that focus on building a person’s ability to concentrate and focus. This helps the individual to achieve a more balanced brain chemistry which is required for drug addiction recovery. The Cabin Singapore also focuses on increasing the feelings of well-being for our clients via the inclusion of physical activities such as yoga.

We can facilitate 12 Step Fellowship meetings designed to treat the psychological and social aspects of drug addiction. These peer-run support groups involve members using a common lexicon of recovery. They will also learn how to identify with other people who are recovering from addiction.

Cognitive Behavioural Therapy (CBT) is something that we specialize in as well. It is designed to increase our clients’ psychological health. They will gain the necessary skills to dispute thinking errors (believed to be the main cause of dysfunctional emotional states that are symptomatic of addiction) and making meaning out of situations.

If you are looking for assistance regarding drug addiction treatment in Singapore, do not hesitate to schedule an appointment with us today. Call +65 3163 6110.